There are various surveys relating to the housing market. London and its commuter areas are usually at the high end of the results: property prices, house price rises, rental income, etc. The Surrey “stock-broker belt” has maintained high prices for decades, so the percentage price rise is not amongst the most significant. Surprisingly, Kensington and Chelsea property value increases were amongst the lowest in the South-East. 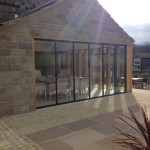 According to the Halifax, the highest average house price increases in the past year, by town/area, were in Newham, Redbridge and Enfield (Greater London), Royston (Hertfordshire) and Leigh on Sea (Essex). The Land Registry Index shows that the highest percentage increases throughout England and Wales were in East Anglia and South-East England (8%), London (7%) and South-West England (5%). Outside of the South-East, Stroud in Gloucestershire experienced the largest percentage increase in property value.

Rightmove has stated that the asking price for properties listed with them, on average, was £20k higher at the end of the year than at the beginning, a rise of approximately 6% nationwide. In London, though, asking prices rose by 9.6% (£54k); if this trend continues, the average price of a London property would top £1m within the next 4 or 5 years. The housing market is expected to continue to rise during the next year.

Increasing Property Value with an Extension

According to the Government, only eight companies built more than half of new UK houses in the past few years, using mass-manufactured bricks, doors, etc. Older properties have more potential to create individual homes. 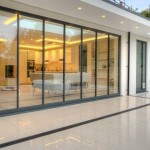 Under recently relaxed planning rules, an extension is considered a permitted development, provided certain criteria are met. The guidelines are: